Our highlights of 2020: a wrap-up through photos

Posted on 9-dec-2020 17:20:23
Although there is not denying that this year was both weird and special, but at this time of year we'd like to focus on the things that got us through this year, the awesome highlights that we'd like to remember!
These are the great moments that we would like to share with you summarized with a collage of pictures, and we'd like to share the stories behind them.

A great start together with all our friends, family and fools

We started this year with a good party, our office warming, yes that was the time we could still meet with more than 4 people and get closer than 1,5 meters. At our office warming, we decided to honor our most loyal social media fan with some beautiful flowers. 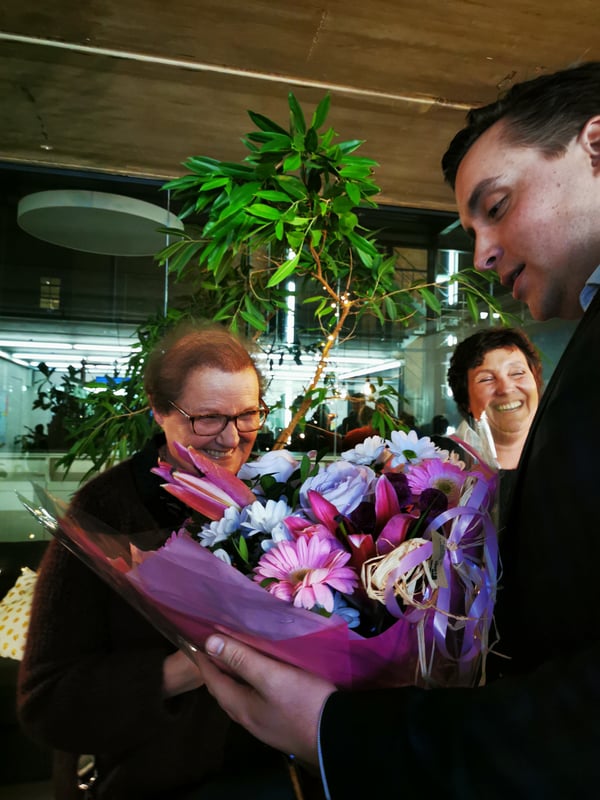 Due to some alpha talk on Twitter we were also challenged to a paint ball contest with IntoCare early this year. Unfortunately, we lost, however it was super fun and would give a lot of money right now to do it over. 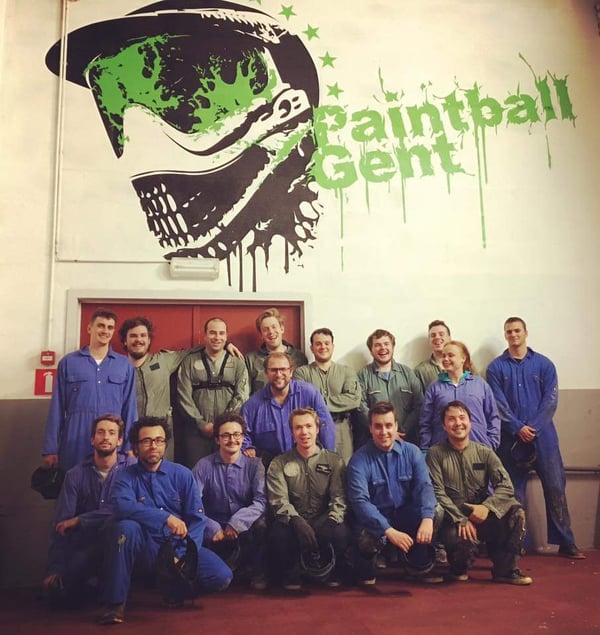 In January, we also did the only physical DOG meetup of this year, at the Teamleader offices about mobility and data, for which Pieter Colpaert of iRail and Kris Vanherle of Telraam volunteered to share their projects with us. It was one of the best DOG meetups, we had so far. In 2021, we will do a number of online editions. Keep an eye for: https://www.meetup.com/nl-NL/DataOps-Ghent-Meetup/ 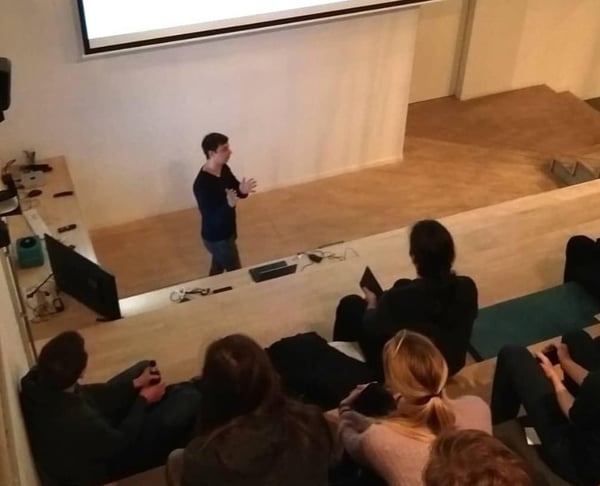 In February, we celebrated the new year with the team at Komparto, which we wholeheartedly recommend to any lover of tapas! 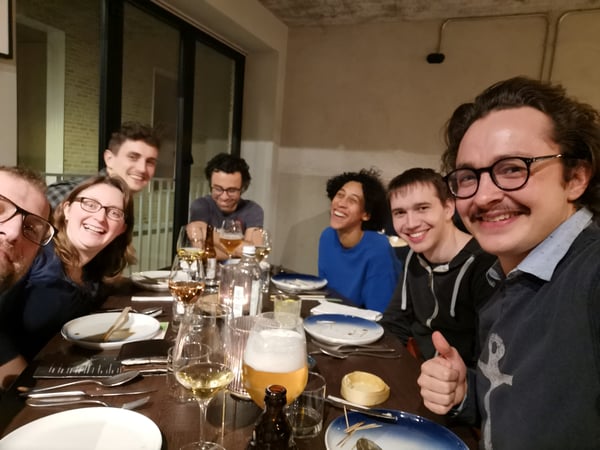 In February we got to the milestone of creating our first testimonial video! (which you can find here) We'll let the video speak for itself, but we can say that we had a blast shooting the video!

The new normal & getting together apart

As of March, video calls became our new way of working, no small feat, but we all worked hard to adapt to this new lifestyle, while being patient and caring for each other.

We made the best of it with 'kaffeetje's (which means coffee in Dutch) calls and game nights on Fridays. We also got some comfort delivered at our doorstep in the shape of chocolate bunnies, yum! 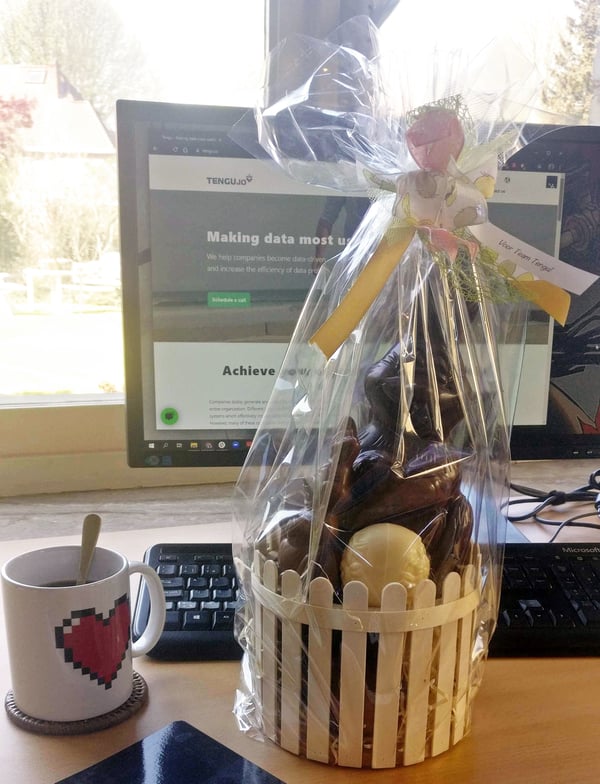 We all worked very hard towards the launch of our TENGU platform with the next UI, which went live last week of June. Most likely one of our biggest milestones yet and we're so proud of everyone that contributed to the launch of the platform and spread the word about it.
If you didn't hear about it or are curious, book a demo here.

To celebrate the hard work we did a small internal party (yes it was allowed at that time), by doing some VR games at The Park Dok Noord in Ghent and pizza dinner at the office. 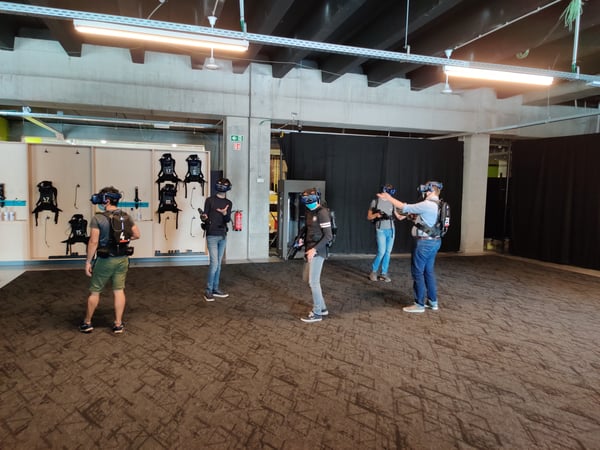 We even had the chance to get close enough for a team photo that wasn't a screenshot of an online meeting! It goes without speaking that there are some among us that also can't resist taking a silly photo as well.

Working on the future

In February and March, just before the lock down, we got the opportunity to educate three classes in Ghent about development and the MicroBit. It's always fun and inspirational to see how kids get very creative with technology at such a young age. 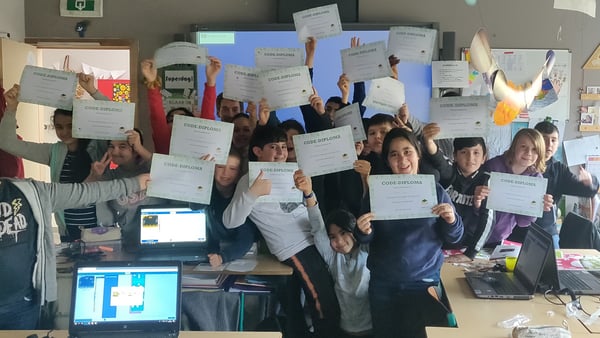 Talking about the next generation, we we're honored to have a couple of interns with us this year!

Around March we had Yarne and Adel join us, while they were both amazingly driven people and a great fit in our team, they sadly both had to leave early due to circumstances of the world coming to a sudden halt in April. During summer, we had Melanie over for her communication assignment of two weeks, check out the amazing interview she did with Thomas on our YouTube channel. In September, Sandrine joined our team for an internship and brought us lot's of joy. Her first day, she treated us with chocolate cake, one for the win. We hope she feels the same way. She stays with us till 8th of January. 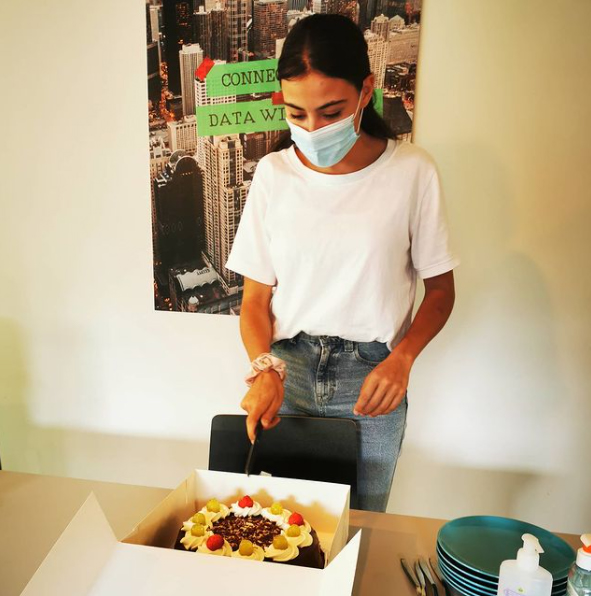 That was all folks! And, the best is yet to come! We hope you had some highlights this year as well!

Best wishes and we wish 2021 will bring you joy, a good wealth and success.

Jaco is a marketeer and content creator at TENGU, and has a profound love for all things data, tech and media.